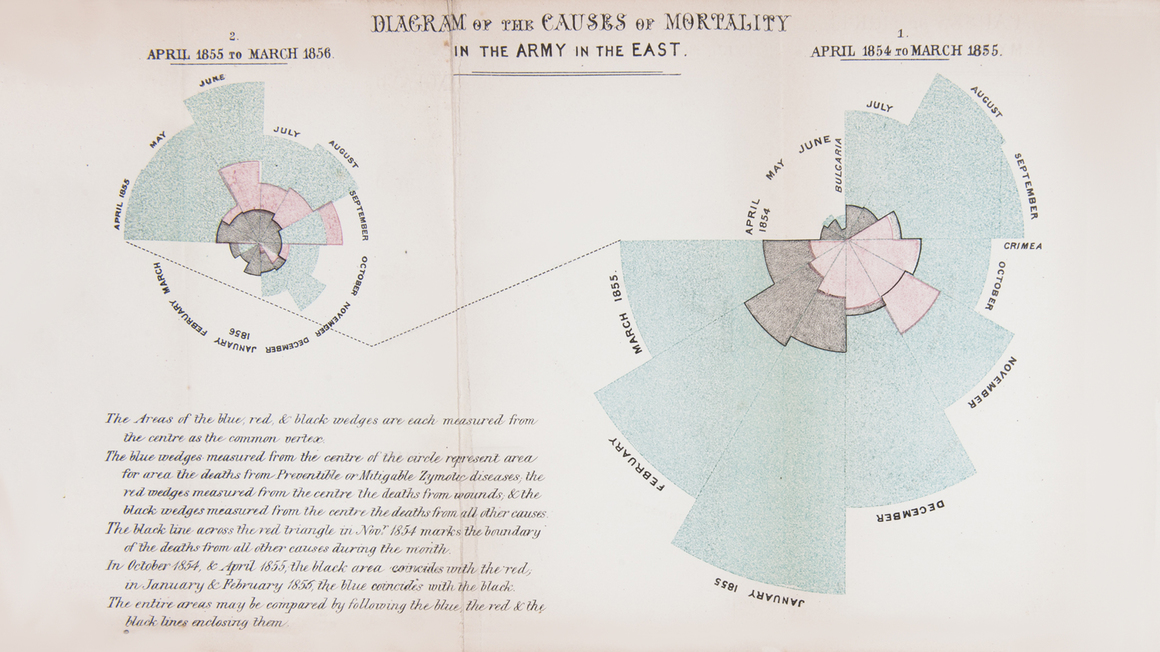 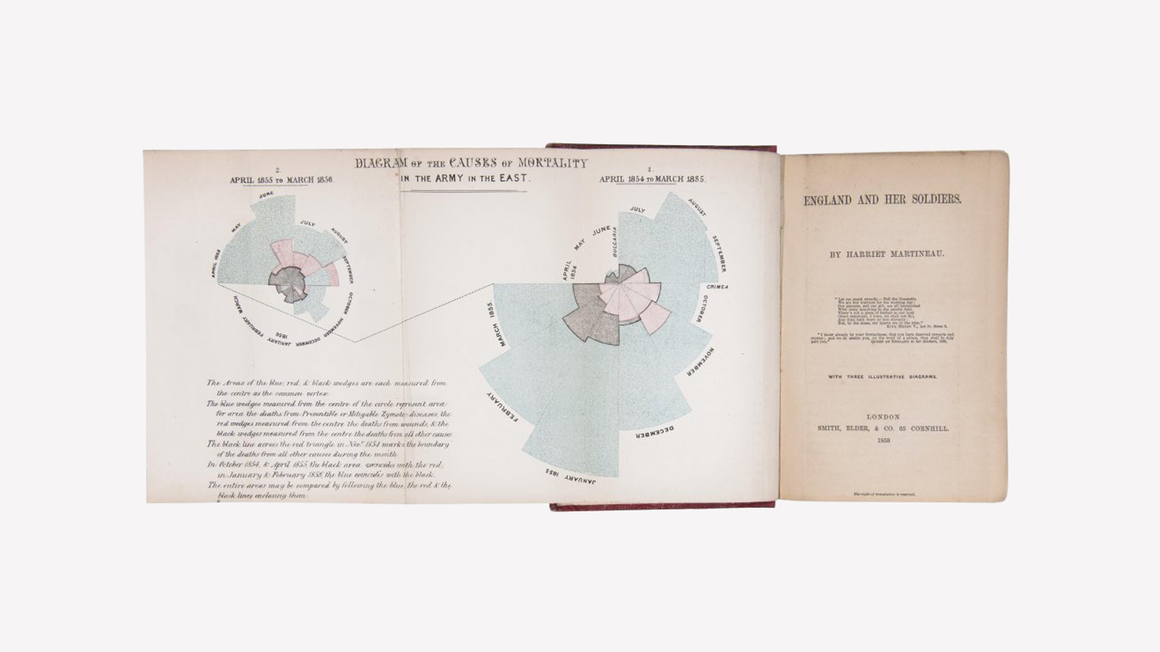 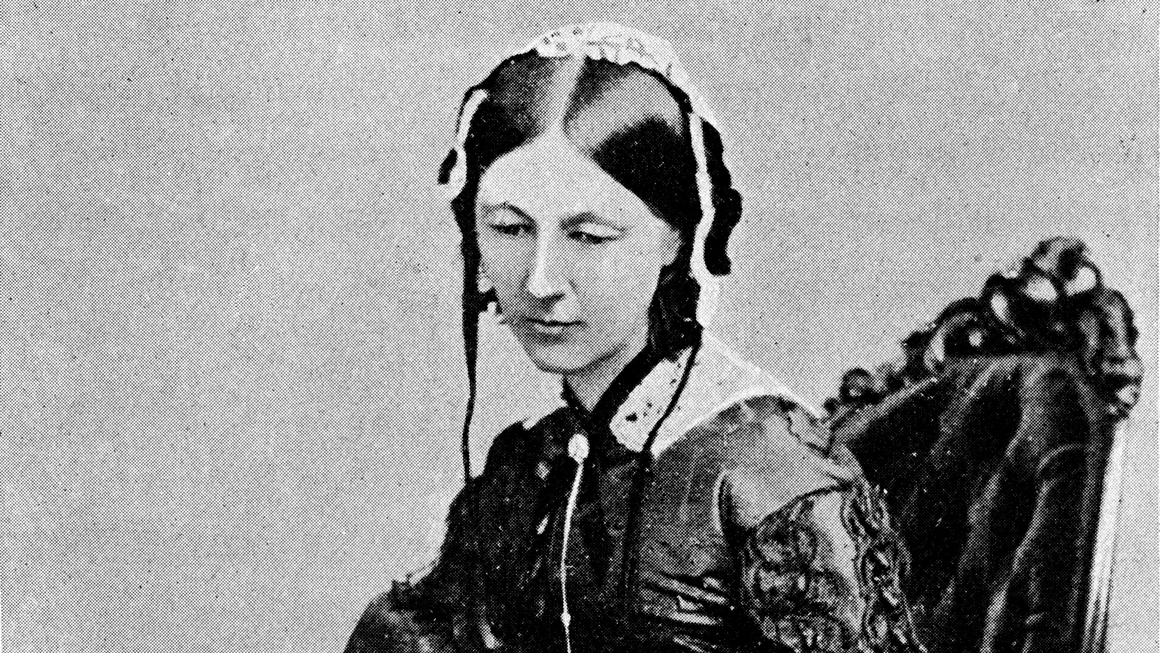 In recent weeks, a number of temporary field hospitals have sprung up across Britain for the treatment of Covid-19 patients. Named “Nightingale Hospitals,” they pay homage to the famous “lady of the lamp.” Florence Nightingale’s pioneering approach to sanitation, shaped by her bloody experience during the 1853–56 Crimean War, changed the understanding of public health in Victorian Britain and laid the foundations for the profession of nursing as we know it. (One of the many radical innovations set out in her 1860 handbook Notes on Nursing reads: “Every nurse ought to be careful to wash her hands very frequently during the day.”) She is credited with having reduced the mortality rate in Scutari, the military hospital where she led a team of voluntary nurses, from forty percent to two percent—largely because, at her petition, the British government sent out a sanitary commission that cleared a broken sewer contaminating the water supply and improved ventilation on the squalid wards.

Less known, though no less pioneering, is Nightingale’s work as a statistician. Already hailed as a hero by the time she returned from the Crimea, she was determined that its lessons be learned. With the personal backing of Queen Victoria, she led a Royal Commission into the health of the army, working with William Farr, the era’s leading social statistician. Unusually for the time, Nightingale’s wealthy father had educated his daughters; more unusual still (and much against the wishes of her mother), Florence had been taught mathematics—and had a talent for it. The commission’s report, replete with charts and tables, was published in 1858. It showed, with remarkable clarity, not only what Nightingale’s experience had taught her—that far more soldiers in the Crimea fell victim to disease than to the Russian cannons—but that, even in peacetime, soldiers living in cramped, unsanitary barracks died at a quicker rate than civilians.

In our time of pandemic, we are more accustomed than ever to reading the world through data: our screens and inboxes are filled with a constant tickertape of statistics, maps spotted with clusters of infections, line-graphs color-coded by country. The world holds its breath as we wait for the curves to flatten. We are so used to seeing these forms that it’s easy to forget they were invented: bar, line, and pie charts are the brainchild of one William Playfair, a Scottish engineer, political economist and secret agent (“an ingenious Scot of questionable repute,” as one biography puts it), who developed them in the late eighteenth and early nineteenth centuries.

Nightingale’s unique contribution to the field of data visualization is something that has become known as her “coxcomb” or “rose” diagram (although she described it as neither). In the most famous example, two circles divided into twelve wedges show the number of annual fatalities at Scutari by month from April 1854 to March 1856. The wedges are color-coded: blue represents deaths by disease; red, battle wounds; black, other causes. The two “roses” show the months from April to March so as to illustrate before and after the arrival of the sanitary commission in March 1865. Two things are immediately, electrically clear: firstly, how much larger the blue areas of the wedges are than the red; and, consequently, how the total area of the chart (representing total number of deaths) is massively reduced after the sanitary commission’s intervention.

Nightingale was battling an entrenched belief—voiced by Britain’s chief medical officer at the time—that deaths from certain contagious diseases were “practically speaking, unavoidable”; her “rose,” resembling an explosion radiating outwards, blew apart that assertion and called for the government to do more. Nightingale knew the power of well-presented information. She reformatted the appendix of her Royal Commission report and self-published two thousand copies under the title Mortality of the British Army (1858), distributing it to people in high places whom she thought could help her cause. The “rose” itself first appeared in an 1859 pamphlet, supplementing the findings presented in Mortality. Critics have argued that, while it’s a beautiful piece of design, it is unnecessarily confusing: the information could more simply have been presented in a bar chart. I disagree. With its distinctive wedges, the “rose” sticks in the mind, and its circular form, like the face of a pocket watch, conveys an almost mimetic sense of the cyclical passage of the months.

The Crimea took a physical toll on Nightingale from which she never really recovered. Plagued for most of her career by recurring bouts of chronic illness (possibly what we would now call myalgic encephalomyelitis, or chronic fatigue syndrome), Nightingale waged much of her war from her bed or the confines of a couch. By the late 1800s, as “germ theory” gained acceptance, her views on hygiene were vindicated—even if we find ourselves reminded endlessly anew of the importance of handwashing.

Amy Sherlock is deputy editor of frieze and is based in London, UK.