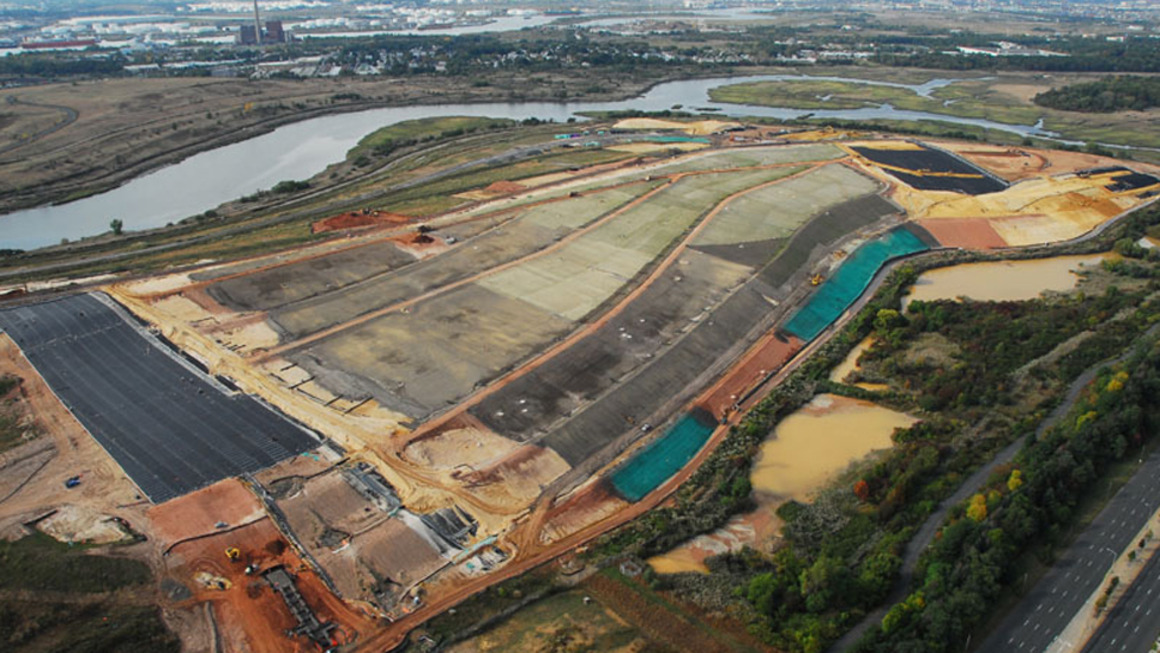 Fresh Kills was once the world’s largest sanitary landfill, and there are those who swear it is one of the few man-made objects you can see from outer space, along with the Great Wall of China. What most people don’t know is that 20 percent of the 2,200-acre site is natural creeks and wetlands. In fact, its name is derived from the Middle Dutch word kille, meaning “riverbed” or “water channel.”

Its watery beginnings as a salt marsh are shared with many other landfill sites, as, at the time they were built, marshes and wetlands were considered undevelopable and therefore were not valued. Fresh Kills Landfill opened in 1947 as a temporary landfill, but it eventually became New York City’s principal dumping ground. During its peak operation, 13,000 tons of garbage were accepted a day, resulting in 400-foot-tall artificial mounds (equivalent to the height of a forty-story building) constructed from 150 million tons of human trash. The landfill closed in 2001, and is now undergoing a vast transformation into a productive public park. One of its greatest assets continues to be its creeks and wetlands.

Freshkills Park is a world of contrasts, with an unusual combination of natural and engineered beauty— creeks, wetlands, expansive meadows, infinite horizons, and spectacular vistas of the New York City region—alongside an artificial topography composed of synthetic geotextiles capping the mounds of old garbage, with leachate drainage and collection systems and a methane extraction project with flare stations. It is a place of muted and vibrant colors and patterns. The park has created a real and rare opportunity for nature to be fully integrated into the man-made landscape and to produce an innovative, hybrid public experience. Where else could one encounter a blue, branching creek system with its natural fluctuations and flows alongside calm, perfectly circular, gray retention basins? Or see plastic piping and steel extraction tubes among natural swales and dips? There are angular engineered earthen slopes next to deep, green wetlands with soft, scalloped edges. The wheat-colored monoculture of the common reed, an invasive plant, rustles in the breeze, forming a unified mass like a heavy fur coat alongside lonely native tree saplings desperately trying to take hold.

At a time when space in urban areas is becoming more and more of a precious commodity, we are turning to the innovative repair and restoration of land. The closure of Fresh Kills Landfill marked a significant shift in land use for Staten Island—from a past condition with more than 40 percent of land designated as industrial or vacant to a future scenario in which more than 75 percent of the land area will hold nature, recreation, and residential programs. Freshkills Park introduces an opportunity for a new form of sprawl, and it is neither urban nor natural. 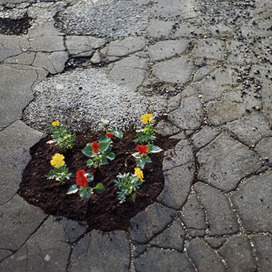