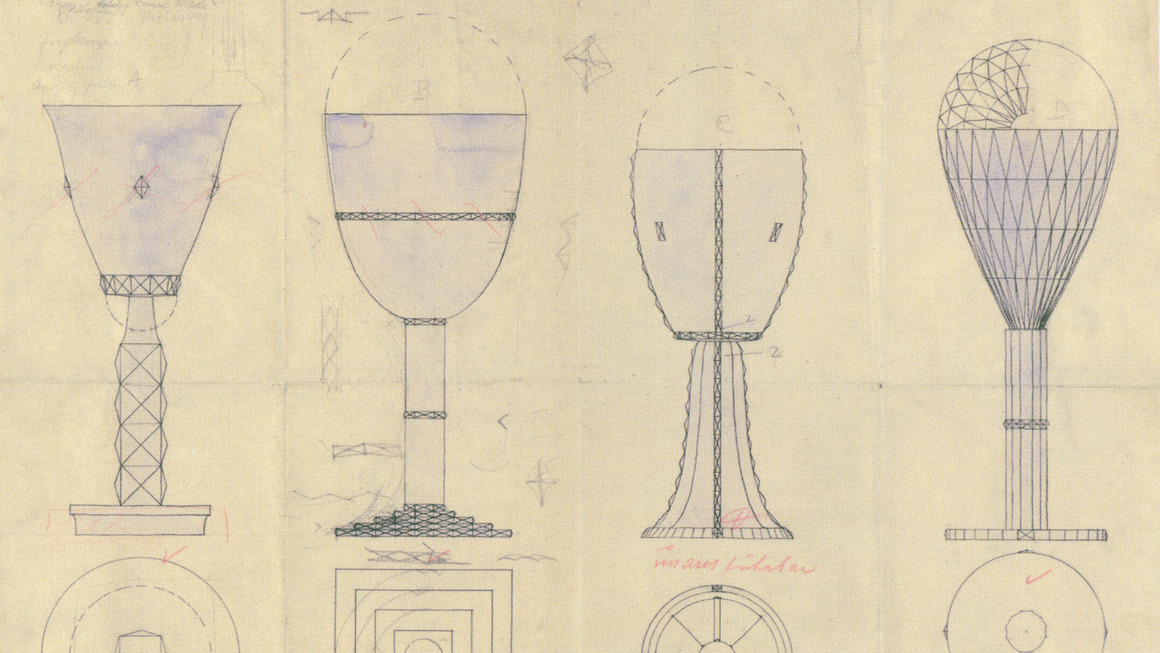 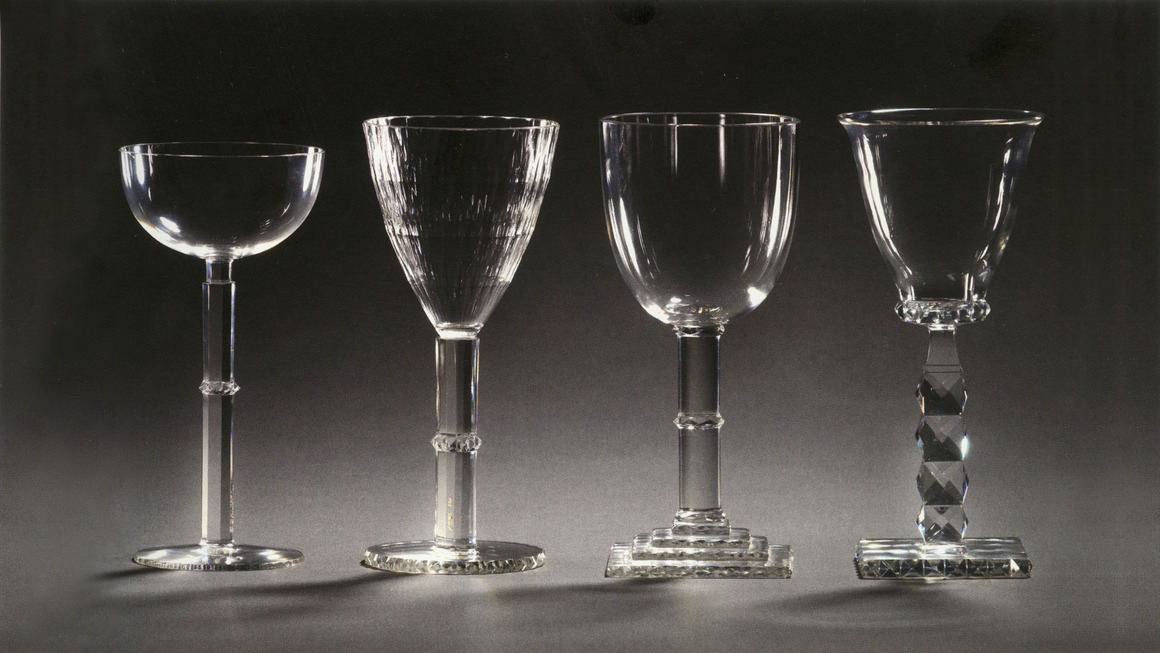 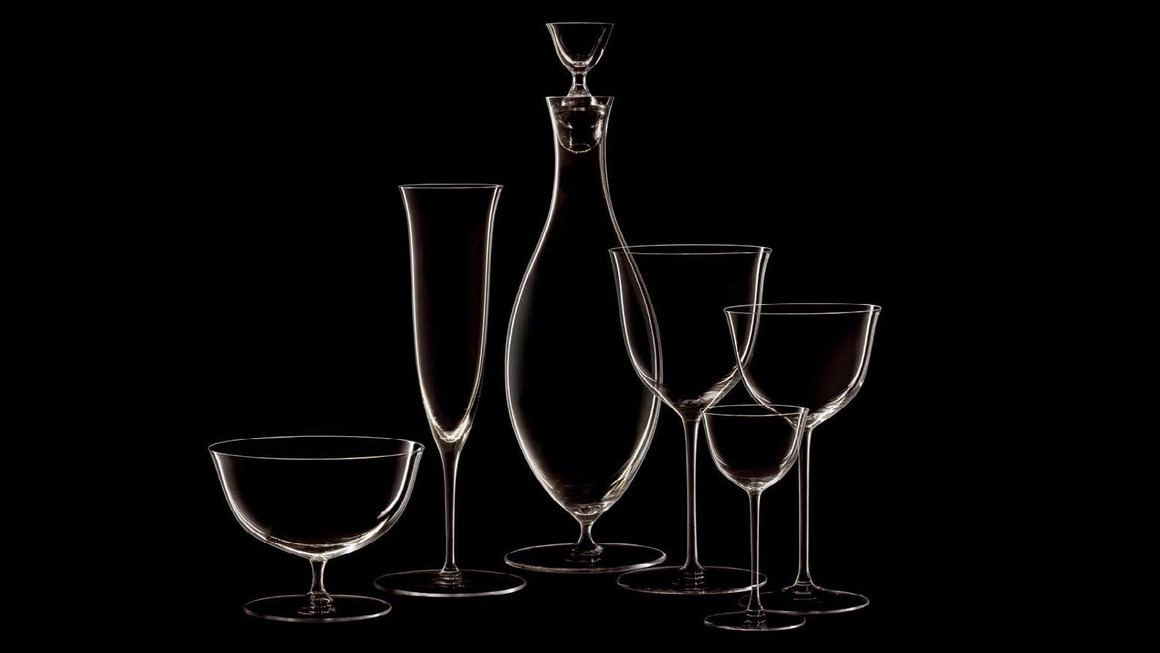 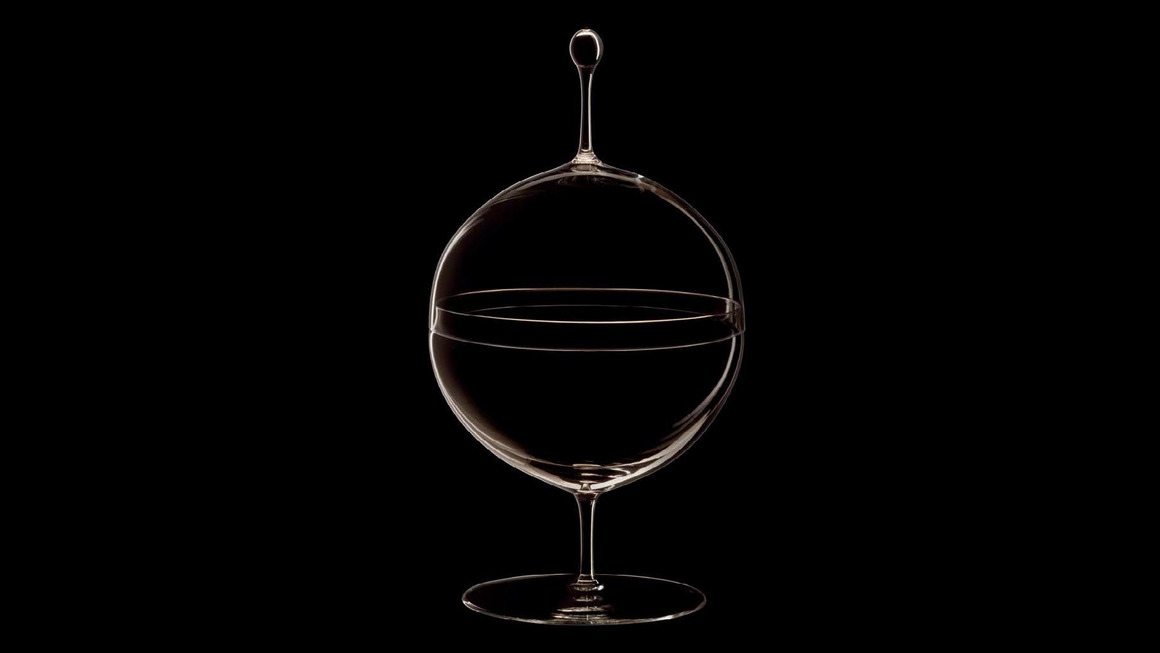 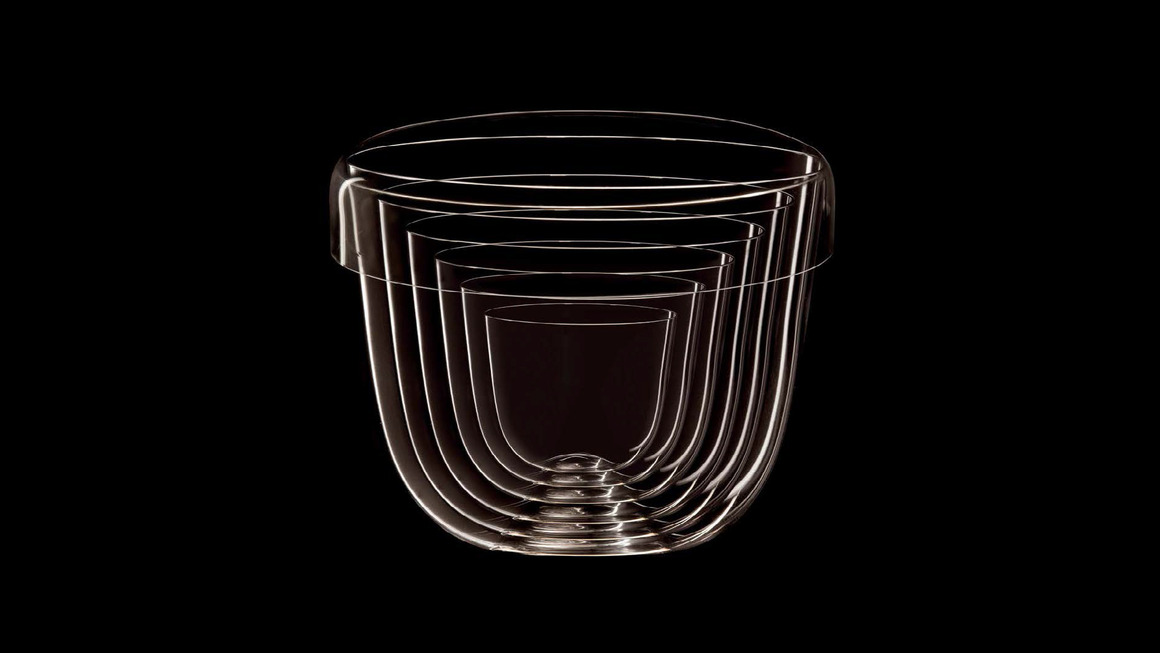 In the course of my career as a design journalist, I’ve seen many wonderful objects. I still get a thrill from something that is intelligently designed and beautiful, too. I don’t often covet these objects; I’m usually happy just admiring them. But I find it hard to remain so detached when confronted with almost anything made by Lobmeyr. The Austrian manufacturer of crystal chandeliers and other objects of desire (it is famous for its exquisitely thin “muslin” wine and water glasses) was founded in 1823, and is, crucially, still family owned and run, which allows it to treasure its heritage and nurture innovation at the same time. But rather than simply running parallel to one another, these two ideas operate in constant synergy.

Lobmeyr’s offerings have long embraced both the poetically plain, like Josef Hoffmann’s 1917 Drinking set no. 238—or Patrician, as it’s better known—and the beguilingly fancy, like Hans Harald Rath’s exuberant Metropolitan chandelier, a glamorous 1960s starburst of brass and crystal, or Marianne Rath’s sumptuous Rockcrystal bowls of 1922, which are cut with stone wheels inside and out to evoke the feeling of Renaissance rock crystal objects. The company produces masterpieces of graceful line, but isn’t averse to adding a little decoration after the fact. A water tumbler from Ludwig Lobmeyr’s Drinking set no. 4, an 1856 design that is a triumph of minimalism, can also be had in a 2005 version by Sebastian Menschhorn, in which he added a seductive monogram of engraved “pearls.” A few years ago, the late, lamented design store Moss had twenty of Rath’s Alpha glasses—an elegantly simple 1952 design that was meant to be an accessible item for the modern table—engraved with royal monograms (including that of King Ludwig II of Bavaria) from the Lobmeyr archives.

This dialogue between the past and present precludes a slavish reverence to history for its own sake. After Adolf Loos designed his elegantly austere Drinking set no. 248 from 1931, with its hand-cut “brilliant” base, he told Lobmeyr that he would one day like to replace the geometric pattern with images of things like butterflies or the nude human form. Decades later, the company asked the graphic designers Stefan Sagmeister and Jessica Walsh for a contemporary riff on Loos’s vision, and their illustrations of the Seven Deadly Sins (and Seven Heavenly Virtues) were the basis of their 2011 Sagmeister on Loos collection. Formafantasma’s delicate Alphabet glasses, which will make their debut this year, explore the effects of repetitive engraving patterns, managing to look both old-world and new-school. And Michael Anastassiades’s Captured Light, with its light source contained in a cut-crystal sphere and hand-blown glass hemispheres, is to Lobmeyr’s lighting designs what the Drinking set no. 4 is to its glasses: an extreme economy of form underscoring the luxury of the material. Lobmeyr’s continual reinvention of tradition is remarkable both for its conceptual rigor and its sensual richness, producing objects that are meticulously considered, but which still have the power to seduce. 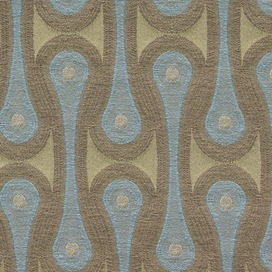