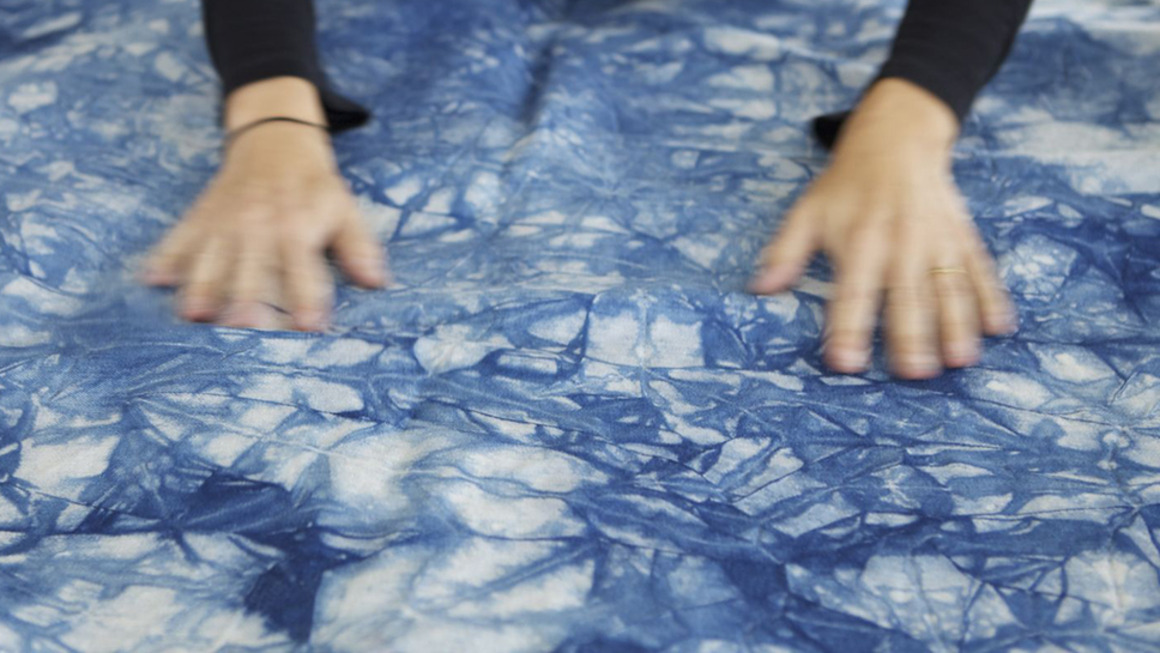 Noon Design Studio is the only natural dye house in the United States using garment-dyeing equipment on an industrial scale. It sits on the light-flooded tenth floor of a building in the garment district of Los Angeles and is run by artist-turned-natural-dye-chemist Jane Palmer.

As necessity can be the mother of invention, Palmer honed her skill for creating beautifully saturated hues through years of trial and error. Before Palmer established Noon, she worked as a freelancer, piece-dyeing garments in her garage. She would set her alarm to go off at two hour intervals, around the clock, to change the dye baths. Palmer refers to those sleepless nights as “taking care of the baby.” In 2010, Palmer realized that her “baby” wasn’t getting any bigger and decided it was time to open a studio and upgrade capacity. Noon now works in small to mid-size production increments, offering natural dyeing to boutique fashion labels. Alliances with farmers and chemists have been established throughout the world, from LA to India to Seattle to Peru.

A recent client project included an order of men’s chinos dyed a complex shade of black. Palmer was able to attain the hue through a two-part process, first under-dyeing the pants with kutch (a bark from India) and then overdyeing with natural indigo. “I was trying to get black forever,” she explained. “I finally turned to old texts from the Middle Ages and found a recipe for black and it worked—hundreds of years later! It’s black, but up close it’s like a million colors at once. It’s blue. It’s brown. It’s red. It has a bit of purple. The color is really layered and unlike chemical dyes because it’s not flat.”

Palmer describes dyeing with Turkey red, a color the company doesn’t use very often because its process is so labor-intensive. “The garments are soaked in castor oil and put outside to dry in the sun. At night the dew draws the oil back out again and this process is repeated for about two weeks. In the final stage, garments are dyed in madder root. The color comes out a fiery red that matches the glow of indigo.”

While Palmer reveres the beauty and possibilities inherent to natural dye, she accepts their limitations, saying, “Honestly, this work is not for everyone, and that’s okay.”

Christy Matson is a Los Angeles–based artist and professor, working with handweaving and all manner of textile-related processes.