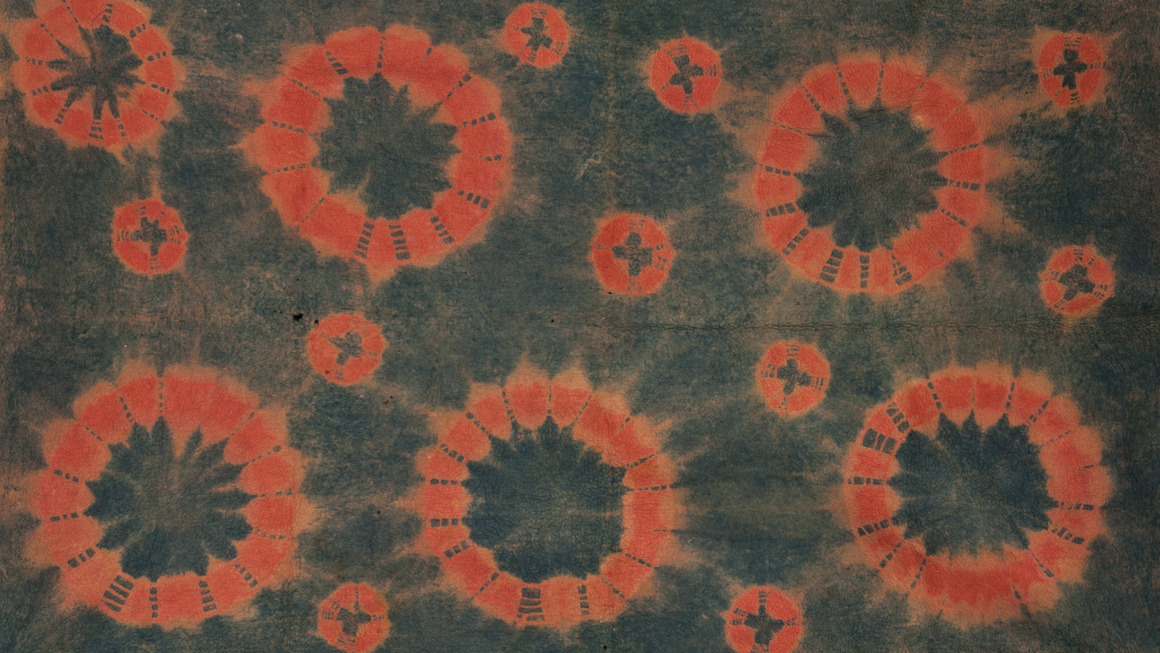 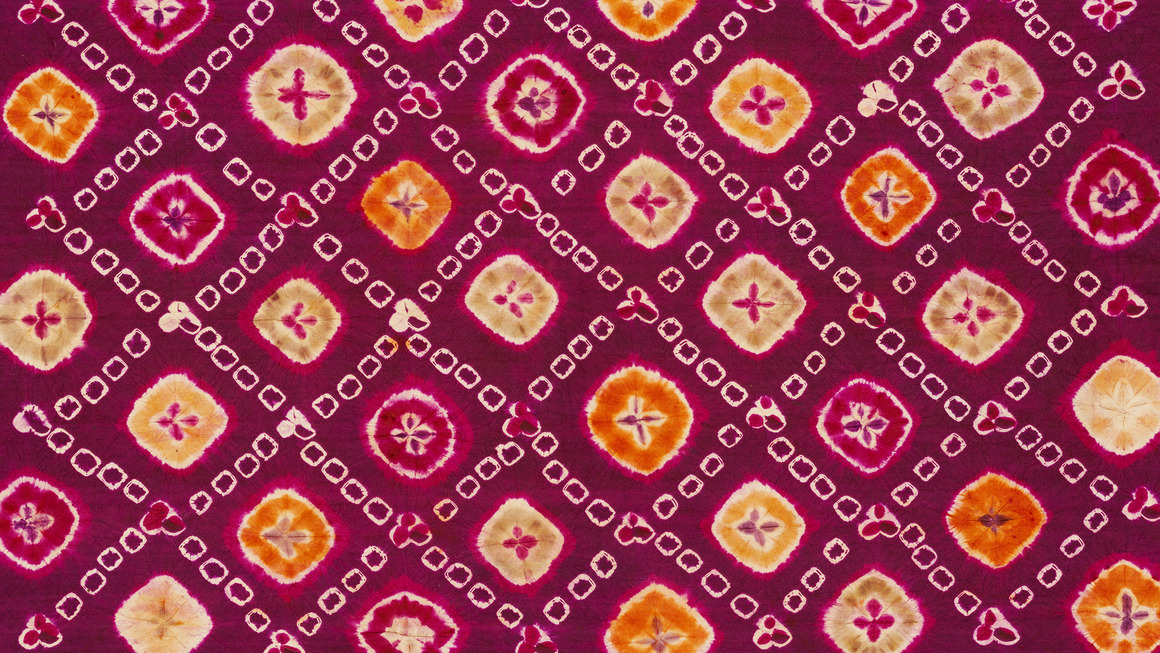 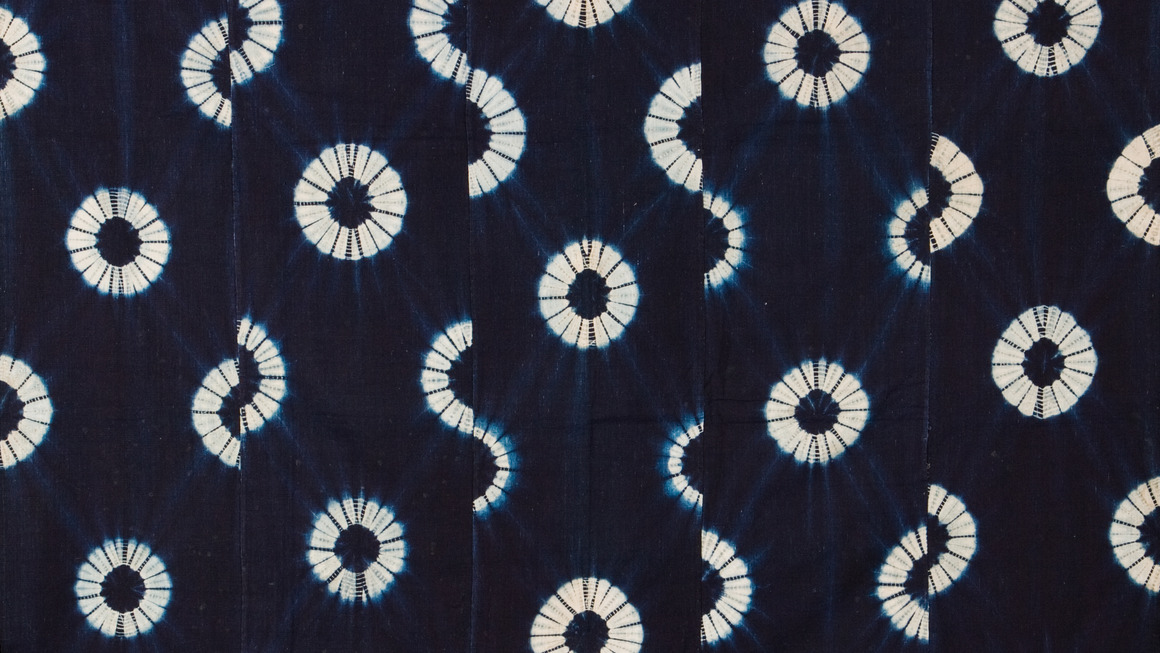 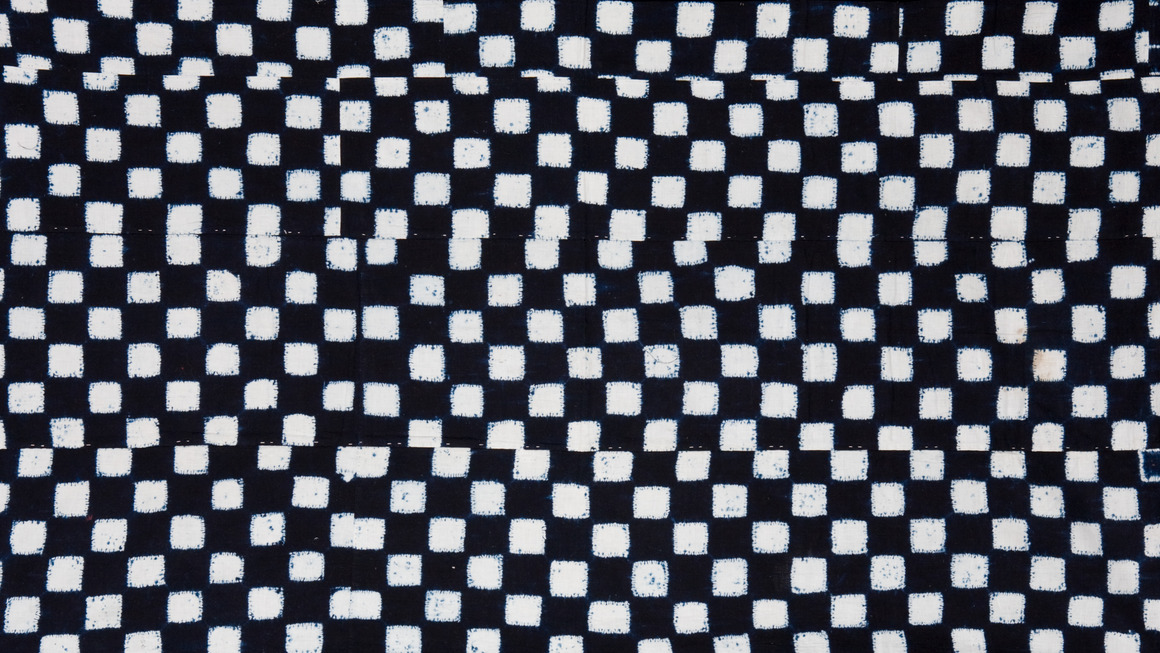 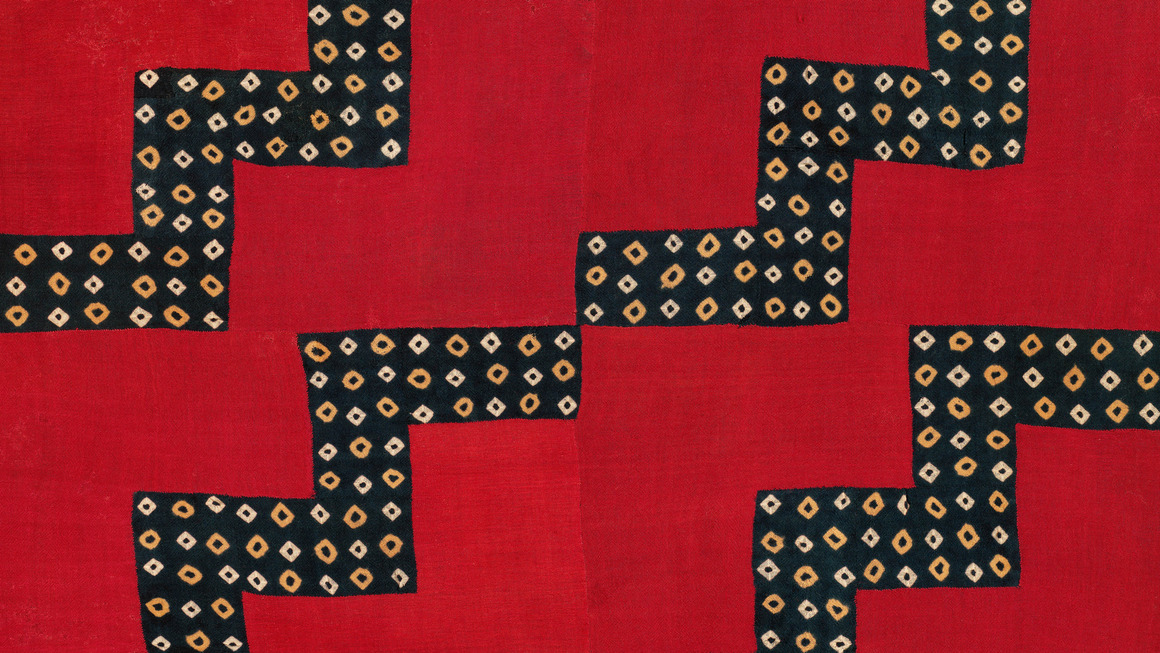 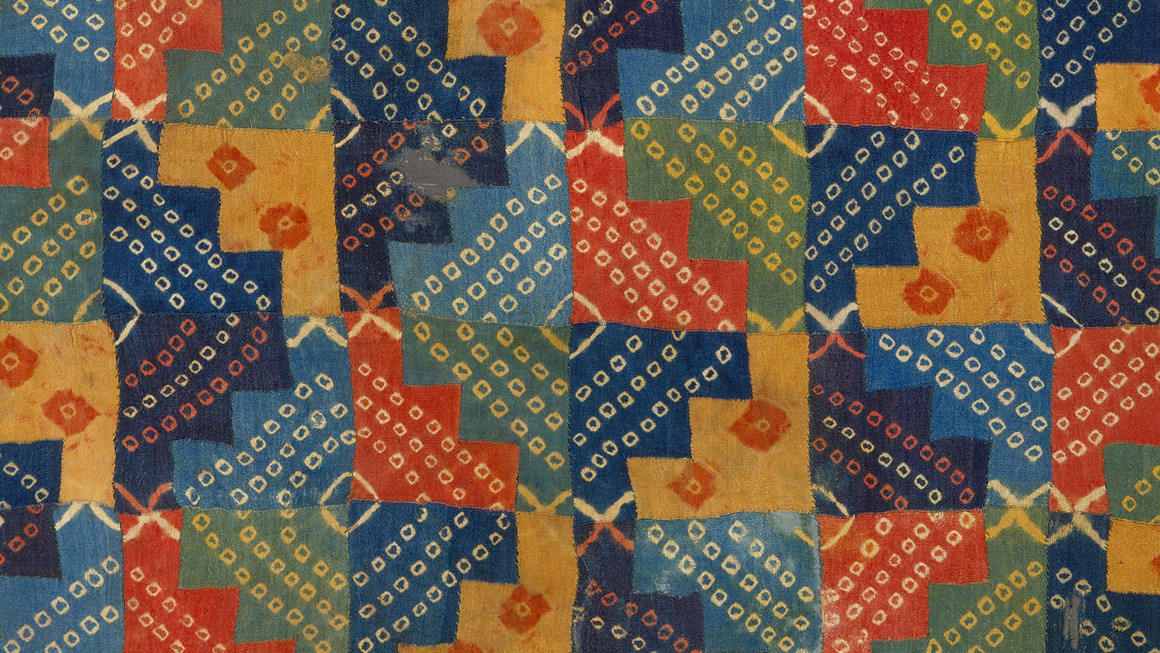 Tie-dye has existed for over two thousand years, and is known all over the world by different names: shibori in Japan, bandhani or leheriya in India, plangi or tritik in Indonesia, adire in Nigeria, amarra in Peru, and zha ran in China. Most of these terms translate as something close to “tie and dye.” It’s plausible that the very first iterations of tie-dye sprung up independently throughout different cultures as happy accidents when someone forgot to stir their dye bath. Over time the technique developed and certain cultures became renowned for their splendid resist-dyed textiles and garments.

Early trade routes between ancient China, Egypt, and Turkistan can be traced through archeological findings of tie-dyed textiles that date back to 400–500 CE. The spread of tie-dye and Islam occurred in tandem and could be attributed to the technique’s inherently abstract nature, which must have been particularly enticing to artists working within Islamic laws that prohibit representational art. Later European colonization of the Far East and Latin America revolved largely around the trade of these textiles and the export of dyestuffs. It was not until the 20th century that tie-dye would get its current name, when RIT dye sponsored a booth at the 1969 Woodstock Festival and helped to outfit Jimi Hendrix, Janis Joplin, and an entire generation.

Designs from various regions are often indicative of a community’s artistic vision and cultural symbolism. Some methods are unique to a specific region, such as Japan’s itajime fold-and-clamp technique. Other processes, like the circle technique, are used universally but vary immensely in style, color, and detail. Designs in Central Asia tend to be plotted out in orderly grids, while those made by the Berber artists of North Africa usually incorporate circles into fluid, free-form patterns. Japanese shibori displays elaborate graphics made up of countless small-scale circles, while West African artists enlarge their circles to create bold, graphic, oversize motifs.

By recognizing the breadth of designs that originated from this art form, we can begin to appreciate the infinite possibilities that tie-dye holds for current and future designers and admirers.

Shabd Simon-Alexander is a New York–based textile artist, designer, educator, and author of Tie-Dye: Dye It, Wear It, Share It (Potter Craft, 2013).