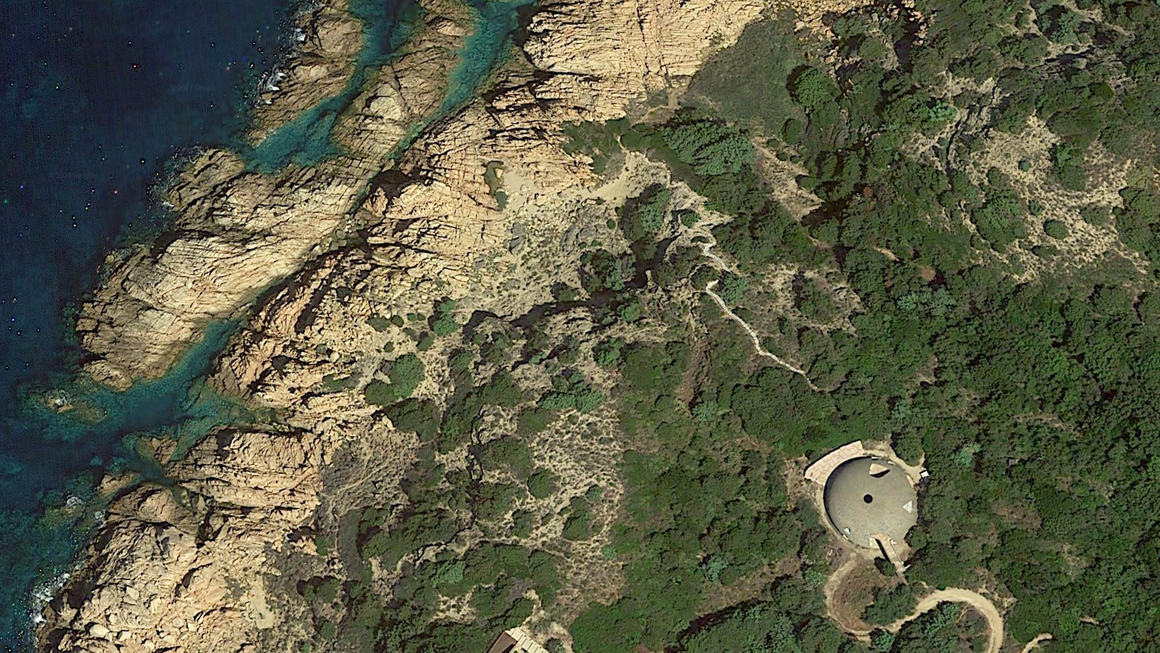 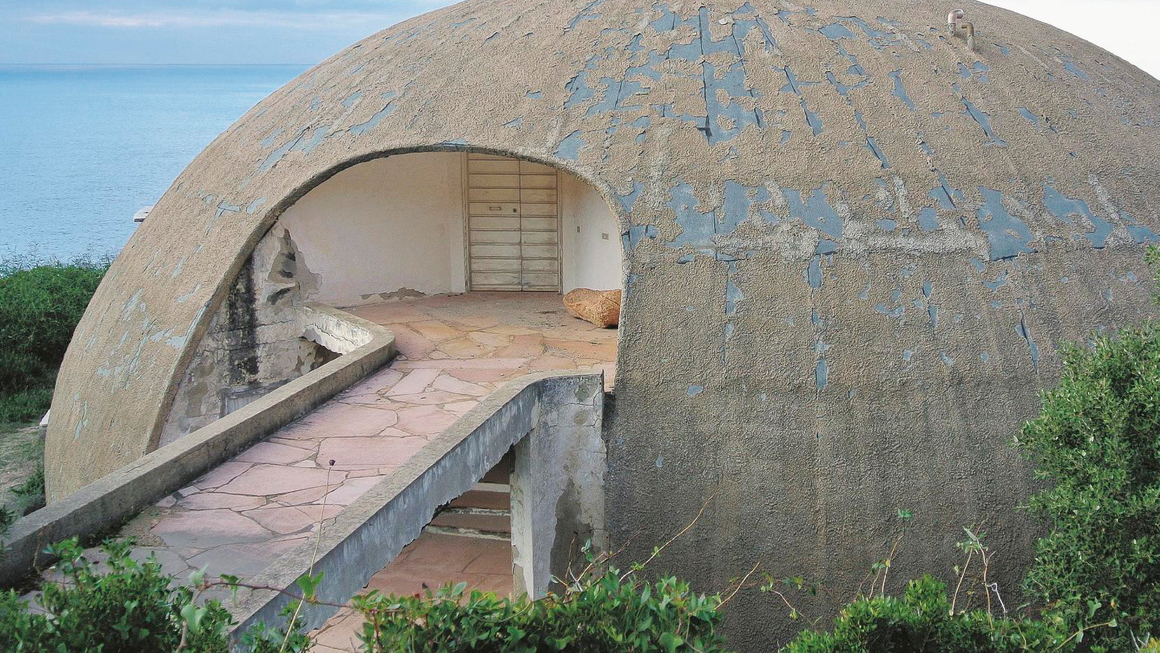 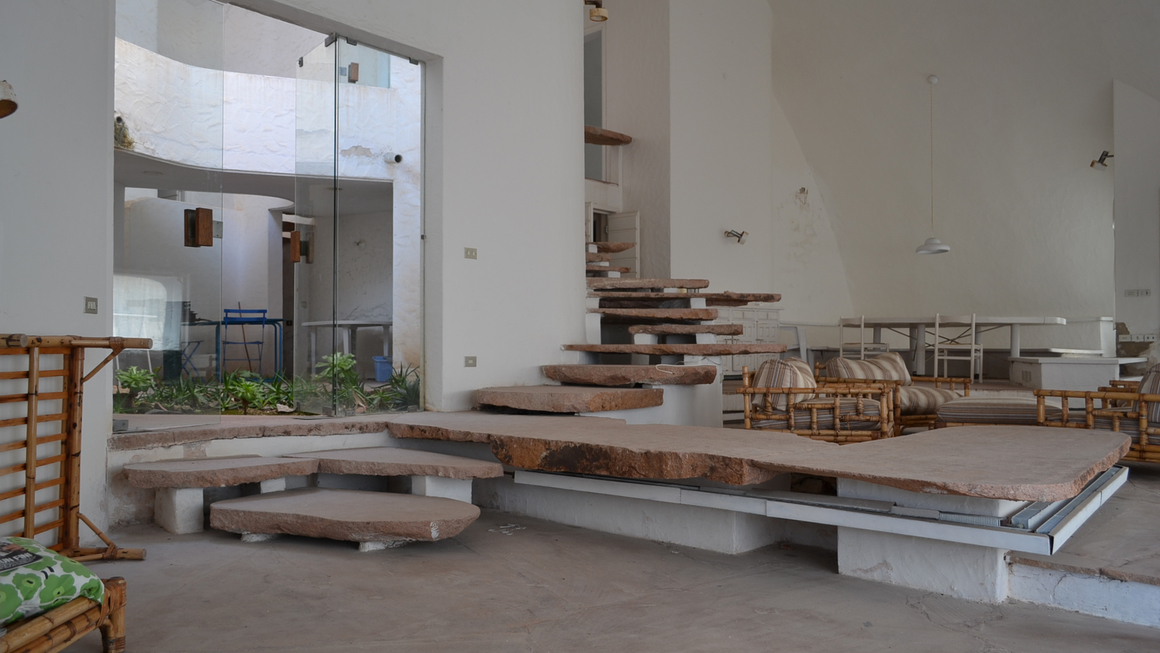 From a fleeting expression on an actor’s face to the humblest of props, the great Italian filmmaker Michelangelo Antonioni was accustomed to controlling every element of his work. And he expected to do the same when designing a holiday home for himself and his lover, the actress Monica Vitti, in the late 1960s.

Having chosen the site, an unspoilt spot on the pink granite rocks of Costa Paradiso, the “Paradise Coast” of northern Sardinia, and picked the architect, Dante Bini, a fellow Italian who had recently invented a system of building domed structures from reinforced concrete, Antonioni specified every detail of the house, down to the staircase. He picked out the stone for the steps at a local quarry, and planned the course of the stairs so that he could watch Vitti from their bedroom as she walked down them in bare feet.

He and Vitti spent several summers in the dome, to which Antonioni was so attached that he continued to go there long after their relationship ended. But by the late 1980s, the once isolated Costa Paradiso had become a bustling tourist resort, making it too noisy and crowded for the reclusive Antonioni, who had inserted a confidentiality clause in Bini’s contract, forbidding him from describing the house publicly or publishing photographs of it. Having decided to spend his summers somewhere quieter, he abandoned the carefully crafted dome on its rocky perch, where it now stands as a dilapidated relic.

Originally, he and Vitti had planned to build in another part of Sardinia: by the Pink Beach on the island of Budelli, where they had shot his 1964 film Il deserto rosso (The Red Desert). But the Milanese industrialist who owned the beach took them to see his land on Costa Paradiso and, having persuaded them to build there instead, gave them the site as a gift.

Antonioni relished the chance to indulge his passion for architecture, which had played an important part in his films. Take the evocative shots of Milan in 1961’s L’Avventura, and the opening sequence of 1966’s Blow-Up, which features a car chase around Economist Plaza in London, a brutalist masterpiece designed by the British architects Alison and Peter Smithson.

During the mid-1960s, he had become intrigued by Bini’s efforts to develop a speedy technique of erecting domes from slender concrete shells, culminating in a successful test at Columbia University in New York in 1967. Convinced that the most elegant architectural response to the dramatic natural beauty of Costa Paradiso would be a pure, unapologetically man-made form like Bini’s, Antonioni commissioned him to construct one on his rocky plot.

It was a risky choice. Bini would eventually build fifteen hundred Binishell domes as housing, factories, and schools in twenty-three countries, but back then he was still experimenting. Nor was Costa Paradiso the easiest place to construct a Binishell, especially one as complex as Antonioni’s. Not only would it be difficult to ship the materials to so remote a location, but the site also had no power supply.

Bini scrutinized the construction process to ensure that the house fulfilled Antonioni’s expectations. The dome emerged with concave and convex curved windows offering panoramic views of the Mediterranean, and automated mirrored glass walls that slid open to fill the rooms with the smell of the sea.

It is a tribute to Bini’s ingenuity that the house has survived so many years of neglect, though it may not last much longer. There is no architectural preservation order to protect it, nor is it likely to be saved by its romantic association with Antonioni and Vitti. His confidentiality clause proved so effective that few locals know that they ever owned the dome. When the architectural historian Lucio Fontana visited Costa Paradiso and asked for directions to “Antonioni’s villa,” he was asked if he was referring to the holiday home of a less enigmatic local celebrity, the retired soccer star, Giancarlo Antognoni. 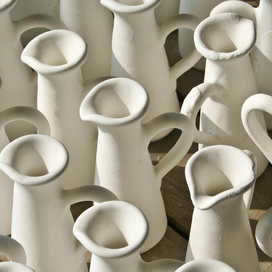