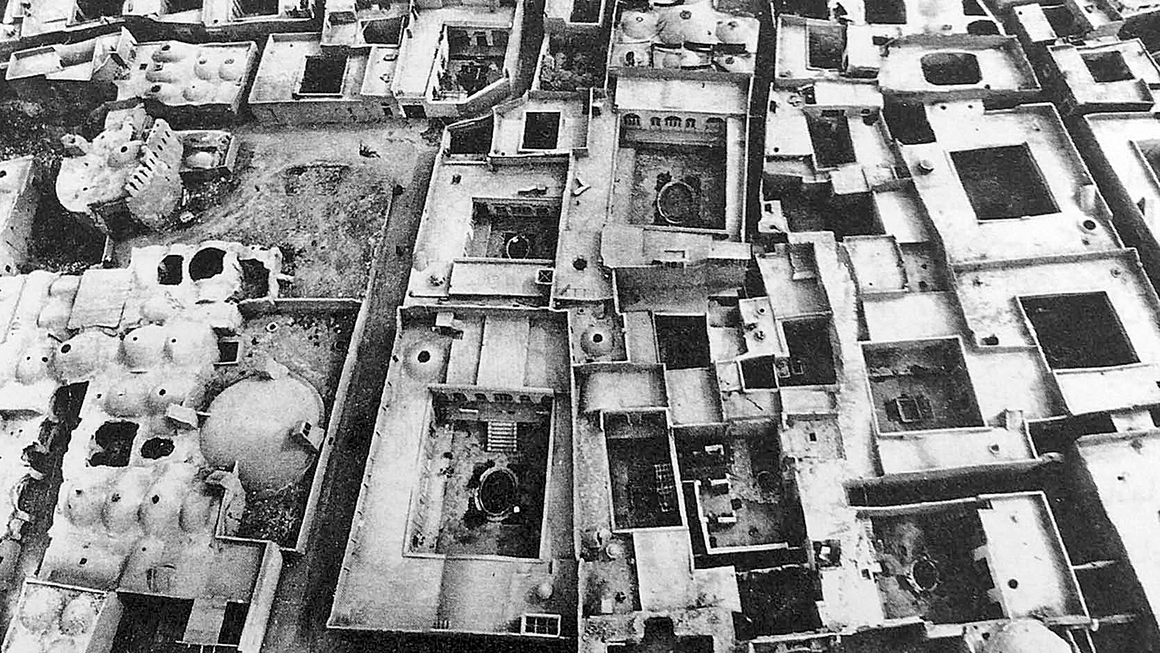 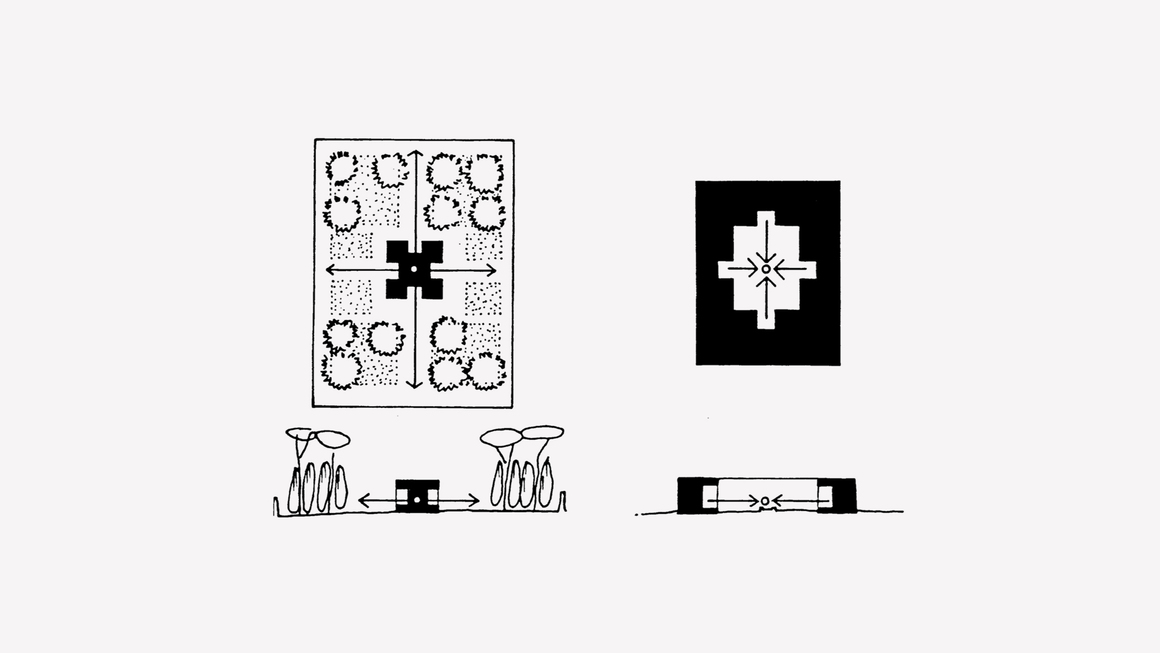 My mother’s childhood home in Yazd, Iran featured a central courtyard surrounded by a perimeter of rooms—a feature typical of the region’s traditional homes, or hayat khaneha. Hers was a single-story complex built with sunburnt yellow adobe from nearby desert sand and sharpened by edging brick. As my mother recounts, the home’s courtyard held a small, freshwater reflecting pool of red fish, as well as a faucet that was used for watering the persimmon and pomegranate trees that encircled it. During summertime, she would sit in the courtyard knuckling pomegranate seeds into bowls of water, their thin membranes separating and floating to the surface like buoys.

The perimeter of rooms that surrounded the courtyard was an architecture devoid of personal privacy; sound traveled easily, and the structure itself seemed to watch whatever occurred both within and beyond it. Nevertheless, this arrangement was the very thing that allowed for a more intimate way of life—one that encouraged my mother’s family to share experiences more consistently, and perhaps even more viscerally, for better or for worse; it was a kind of carousel of life always on display.

The courtyard’s reflecting pool—a small body of water that operated beyond its practical nature—acted as the soul of the entire home. This label is not bestowed lightly, nor attributed to the pool’s mere positioning; the notion that the reflecting pool contained the soul of the home is borne out of the many years of interaction that occurred around it. In a sense, these interactions elevated the physical space of the courtyard to an interpersonal experience by providing a calm center amid the surrounding humming energy, and ultimately a space conducive to connection.

The performance of domestic architecture is one of framing, of drawing boundaries around a life, and the courtyard plan embodies this concept in both function and form. Enmeshed in our understanding of the spaces we inhabit daily, domestic architecture imprints upon our behavior in numerous ways. Parties in my parents’s home outside of Detroit—to shift locations for a moment—are a case-in-point; theirs is a home whose living room is outlined by a border of chairs that all face inward so that guests may speak with greater ease (a contrast to the Western style of parties in which a typical scattering of chairs reads more like a fistful of sprinkles thrown at flypaper).

On a recent trip to Marrakech, another city dominated by this typology, I was told by a friend that wealth in these cities is measured by the length of the outer walls of one’s home. While interiors could contain any measure of abundance, a home’s exterior walls were designed with a placid tone of modesty, devoid of overt lavishness that would otherwise signify wealth, that is, with the exception of their linear scale. I admire this humble coding of value but acknowledge the question it leaves remaining: is a structure’s perceived outward humility a truer indication of what lies within, or ultimately just another language with which to read its worth?

In pinpointing a defining contribution from Persia to the continent, the courtyard plan is a frontrunner as “less of a grand gesture than a better standard of ordinariness,” to use the words of architect Peter Aldington. It was originally devised as an accessible alternative to an open garden plan, the latter offering an extremely lavish approach to embracing nature within a domestic setting—a feature which few had the luxury to afford. The courtyard retained a humbler character with its approachable core and still adorned the home without extravagance. This rendition was both easily adaptable and rigorously practical when implemented in an urban context. Unsurprisingly, its prevalence soared in Persian architecture and beyond, and came to define the domestic life of the region’s people. Too, it shaped the nature of their interactions in both public and private settings while maintaining a proximity to the natural environment that is often lost to relentless urbanization; forming over time and use into an ordinary architecture that is entirely profound. 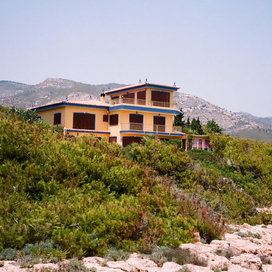 On Building Something
x