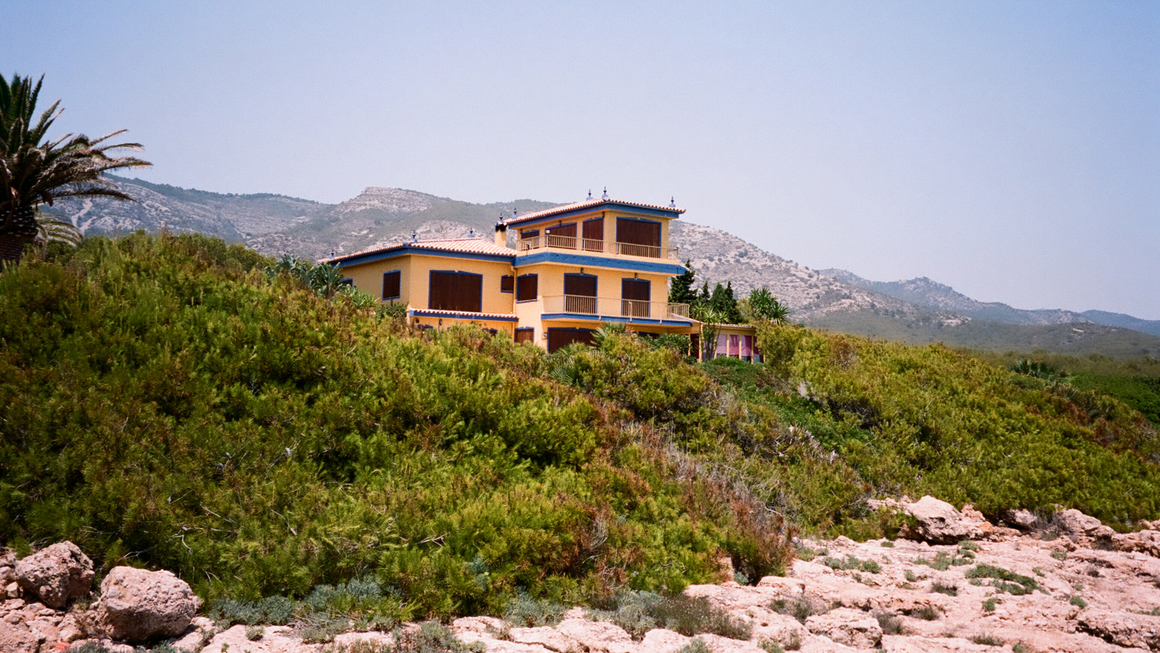 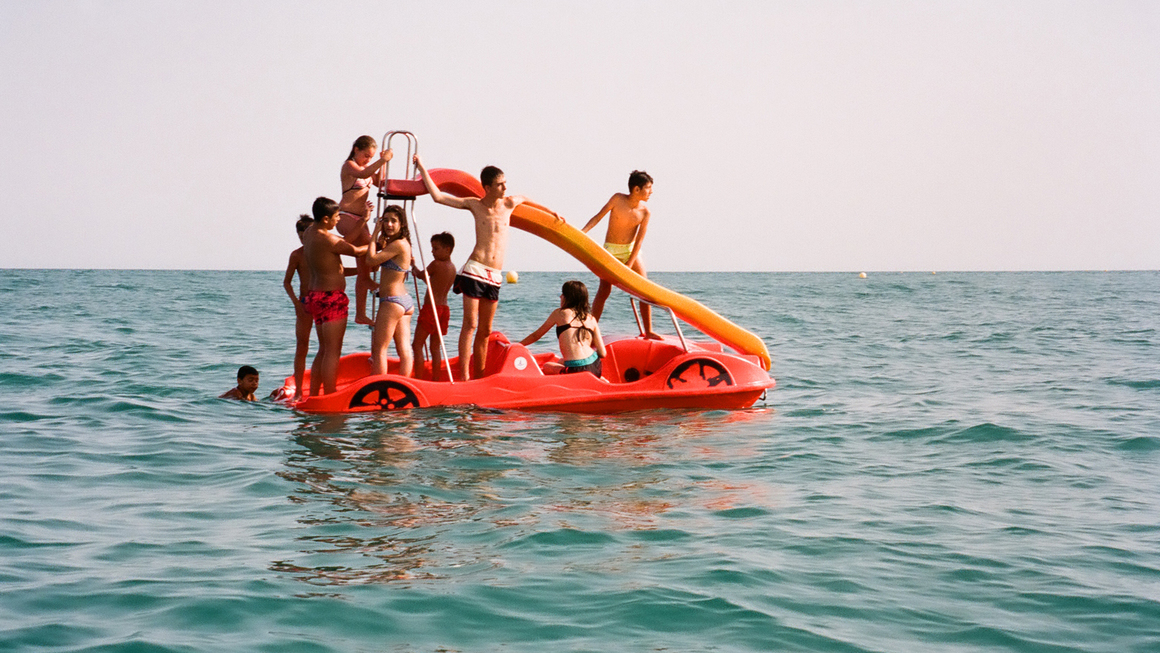 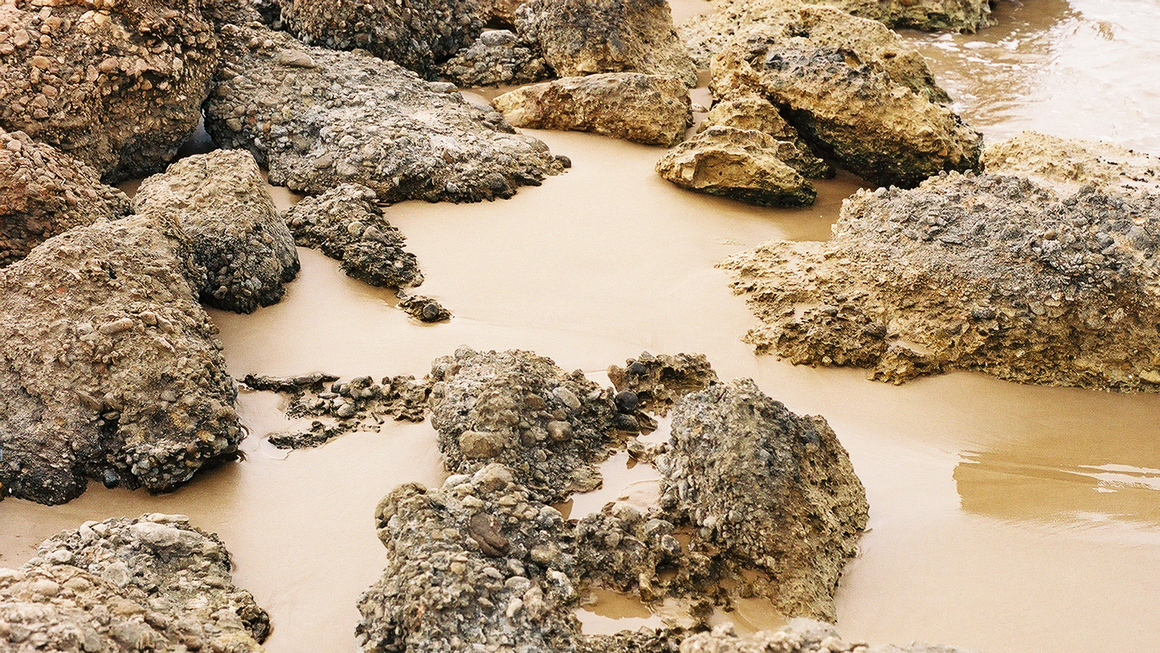 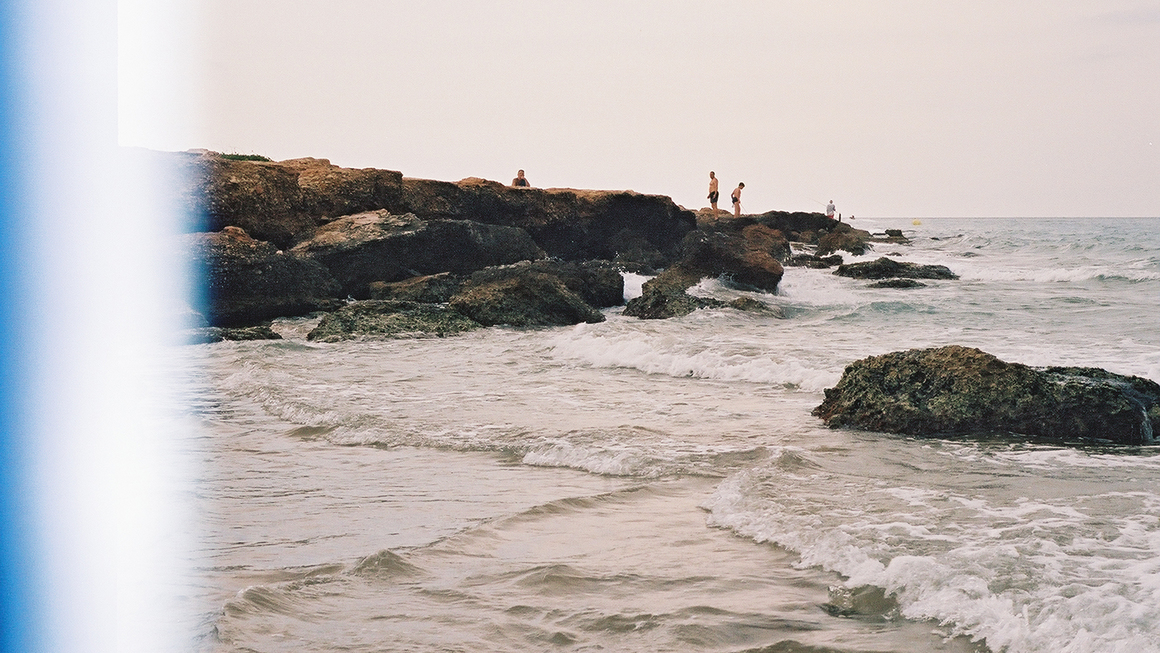 There are two kinds of beaches in Alcossebre, a village that sits along the Mediterranean coast of Spain. There are the large public beaches, with their spread of pay-to-lounge beach chairs and white lifeguard stations and yellow buoys marking separations between water vehicles and ambitious swimmers; and there are the small cove beaches, rocky and a little wild but with clearer water and soft waves that get broken down by their bouldered perimeters.

In the mornings, the beaches are filled with tourists. Their click-clacking Northern European tongues float up and down the beach, drowning out the surf, while their fleshy bodies roast in the early sun; by noon they’re nice and ripe and pink so they head for an ample lunch and a siesta at Hotel Sancho III or whatever proximal hotel was recommended by a similarly newly pink friend recently returned from holiday.

The afternoons are quite nice because while the beets are aloeing, the locals spread out and, quite frankly, there’s less of them. This is when we go. Out to the small cove beach with a nice picnic packed and two umbrellas in tow, because the sun is much harsher in the early afternoon.

The cove beaches are part of a recently designated national park, Serra d’Irta—one of those places whose preciousness and particular flora were acknowledged by the state a little too late. While the coast here is dotted with inlets and caves, there are a few houses (built before said designation) that were grandfathered in. The farthest from the shore is an apartment complex, a kind of a brutalist structure that, seen from afar, reads closer to a Soviet embassy than any type of desirable residence. Depending on who you ask, this building is either a dormitory for the employees of a nearby electrical plant, or a German-built apartment complex with no running water or electricity and inhabited by granola types.

Closer to the town, after the campsites and trails, is a yellow hacienda-type stucco building. It has three floors, all with outdoor terraces, and the various roofs feature a total of twelve bulbous finials—little tentacles that dot the corners of the planes and reach upward in a Catholic prayer. The juts of balconies and roofs are trimmed in neat blue lines, in varying thicknesses, distinguishing the outward pulse of the building’s silhouette; it’s the type of ocean blue that interior decorators often sell to their clients using descriptors like “Mediterranean” and “relaxing” but really gives quite a jarring effect against such a harsh condiment tone.

The quality of the house’s overwhelming yellow can almost be described as mustard-like. It’s not the nice, creamy brown mustard one might find at a place with cloth napkins and salad forks, it’s street hot dog mustard, or French’s Classic Yellow if perusing the condiment aisle of a grocery. The effect of these colors together, as most beguiled clients later realize, is that while they coexist beautifully in nature, on say a tropical parula or macaw, they are blinding in man-made reality.

Originally the house was a traditional white, with terra-cotta tiles ribbing the roof and a glass observatory topping it. Cedar shutters clad the exterior, and cypress trees lined the drive in. It had a provincial appearance, the only distinguishing characteristic separating it from the nearby town being its wild surroundings. The couple who lived there had had it for many years, and when the husband died, the wife, widowed, lived there alone.

Sometimes, we want to see the darkness that life throws our way reflected in our surroundings; we desire atonement in a physical sense. The tricky part of owning property that lies within a designated national park is that one can’t simply apply for a permit to build anew. In fact, one can’t really build at all. What’s permitted is only what was there before. So, at the advice of her psychic's boyfriend, the widow had the house repainted. "Colors are what you need," he told her, "a nice yellow to match the sun and a blue trim to go with the ocean."

The beach that we favor has a small cave in the back, which is a nice retreat when the umbrellas cease to please, along with the idea of reapplying lotion and the sticky hot sand. A bit farther north from the cave, a little winding path opens up between the ocean and the rocky coast to reveal the back gate to the widow’s house. On a nice day, a spectator can often be seen—staring blankly at the yellow house, likely wondering how such a thing found its way into a national park. But as with all of the park, when the sun sets the house is enveloped in a humid blackness that permeates from the natural surroundings. In the moonlight, it is washed back to a pleasant white, cleansed by the blue of the moon.

On Building Something
x